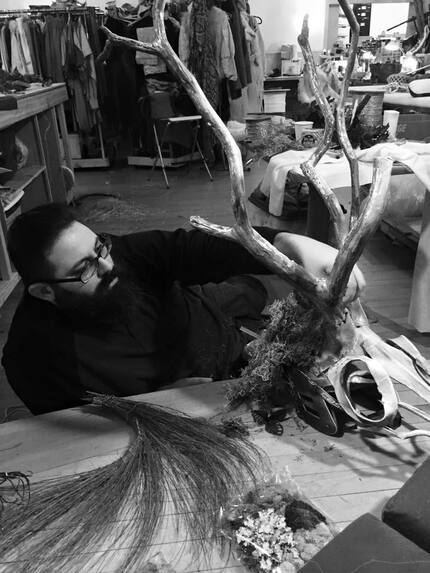 Andrew comes to Theatre UP and the North Country after living for several years in New York City.  A graduate of the University of RI with a BFA in Theatre and focus in Acting, his first love has always been the stage.  He has been delighted to work in theatre in both Los Angeles and NYC. He is excited to work to mix the broad spectrum of theatre into a more intimate and collaborative community setting.

​​Andrew has directed the majority of the Theatre UP offerings for the last 8 years.  Serving as director for Shrek, Who's Afraid of Virginia Woolf, Over the River & Through the Woods, The Mousetrap, Spelling Bee, Little Shop of Horrors, Almost Maine, The Importance of Being Earnest, The Drowsy Chaperone, Romeo & Juliet & many more.  Having made his debut with the Theatre UP performing as John Adams in "1776", Andrew has given his multi-talents to multi-tasking, first as board member and now director.  As the first person to hold the position of Artistic Director for Theatre UP, Andrew is excited to bring a new theatrical experience to the local community here in the North Country.  He would like to invite all those interested in theatre to come enjoy a show with us, either on the stage or in the audience, and bring a friend, bring two. 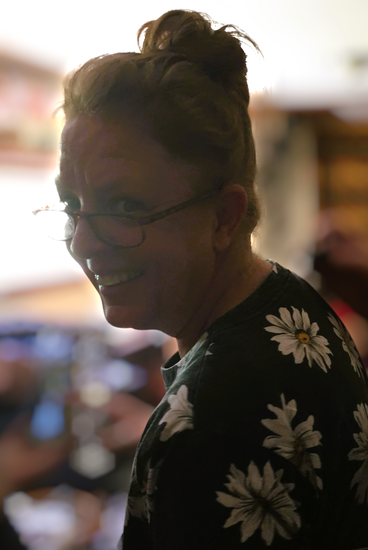 ​Lynne Grigelevich brings to the role of Executive Director of Theatre UP more than 25 years of experience in education and administration in public & private schools, as well as non-profit organizations. She began her career in education teaching English in public middle schools, which earned her Florida’s English Teacher of the Year. She then entered the private school sector and moved to an independent, K-12 college prep school to work with high school students. In addition to spending 14 years in the classroom, she held advisory and administrative positions including Assistant to the Principal at North Country Charter Academy, Associate Director of Education Services for Granite State Independent Living’s IMPACCT Program, and most recently Dean of Students at Gorham Middle High School. Lynne also helped restructure and teach the education courses for students seeking Driver’s Education Instructor certification at White Mountains Community College.

As Executive Director of Ledyard Charter School (LCS) from 2011-2014, Lynne was tasked with overseeing the operations of a non-profit, public charter school founded to serve at-risk youth. Her tenure at the school was successful, and she left the organization in excellent standing. Today, LCS is thriving in the pursuit of its mission to partner with community members and organizations to provide a rich educational experience for students in the Upper Valley.

Lynne’s passion for theatre began in high school and continued at the CW Post Campus of Long Island University, where she majored in Theatre and learned the ropes both onstage and behind the scenes. She performed in many productions, including summer performances in New York City, and worked on set construction, sound, and assistant directing. Eventually, Lynne changed majors and earned her Bachelor’s degree in Secondary English Education and her Masters in Education.  Thirty years later, she found herself stage managing “The Drowsy Chaperone” for Theatre UP, and her love of theatre was reignited. Lynne is thrilled to be part of the UP organization. 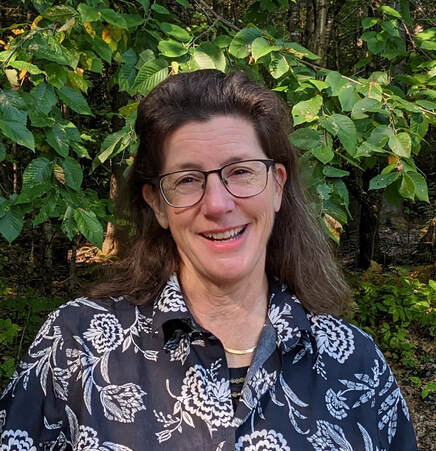 ​​Mary Jo can neither act nor dance, and she can't carry a tune to save her life, but she LOVES the theatre and musicals in particular! She lives in Easton with her husband and labradoodle and has three pretty cool Gen Z children. Prior to joining Theatre UP, Mary Jo was a teacher, worked in the hospitality industry in sales and marketing, and served as a school board member and a board member for a local non-profit summer camp. When she is not in the Box Office or doing admin work for UP, she is usually in her garden, hiking with friends, or curled up with a good book.
Copyright © Theatre UP 2015